FREE YOURSELF FROM FEAR
If you have a phobia then you’ve developed an irrational fear of a particular situation or thing that’s not dangerous, and which doesn’t bother most other people, though for you its effects may be debilitating. It’s possible to develop a phobia about virtually anything – snakes, spiders, heights, confined spaces, exams (see exam nerves), flying in an aeroplane, buttons or going to the dentist (see dental phobias). Hypnotherapy quickly and effectively combats phobias, and it will help you free yourself from fear so you can get on with living your life.

HYPNOTHERAPY WORKS!
A study published in the American Journal of Clinical Hypnosis concluded that ‘hypnosis is an effective and efficient adjunct in the treatment of phobias.’

Anxiety UK (formerly the National Phobics’ Society), the UK’s leading charity for people affected by anxiety disorders, advocates the use of hypnotherapy to its members. 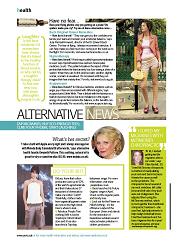 HAVE NO FEAR…
Does your flying phobia stop you getting on a plane? Do spiders make you cry? Try one of these alternative cures…

HYPNOTHERAPY
HOW DOES IT WORK? ‘A technique called hypno-desensitisation is used,’ says hypnotherapist Lisa Jackson. ‘The client visualises the aspect of their phobia that evokes the least anxiety (such as seeing a photo of a spider). When they can do this and feel calm, another, slightly scarier scenario is visualised. It’s increased until they can imagine their fear anxiety-free.’

Zest
‘I CURED MY DENTAL PHOBIA WITH HYPNOTHERAPY’ 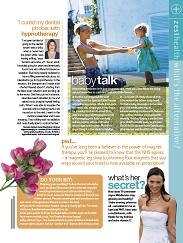 ‘I’ve been terrified of going to the dentist since I was a child, when a nurse held me down while I was having a filling,’ says Tamsin Larcombe, 27. ‘As an adult, I avoided going for years and eventually found one who offered intravenous sedation. But being heavily sedated to have a filling seemed ridiculous, so I decided to go for hypnotherapy. In the session, the therapist and I made a list of what I feared about it, starting from the least scary situation and working up to the worst. She then put me in a trance, described each situation to me and asked me to imagine myself feeling calm. When I was able to visualise the scenario without feeling fearful, we moved on to the next. I went to the dentist a week later and it was amazing. I had a filling with no sedation and I was finally able to control the fear.’

‘Thank you once again. I really can’t tell you how much I appreciate all you’ve done for me and the tools that you have equipped me with to cope with my fear of flying, which I intend to use more widely to improve my ability to deal with the obstacles I face generally day to day.’ AS, Coulsdon

‘I have been meaning to write to you for three years as I wanted to thank you for the amazing way in which combating my fear of flying has transformed my life. I used to travel to see my family in Ireland only rarely as the only way I could get there was by ferry. Since having hypnotherapy with you I’ve never looked back. I fly to see my Irish family frequently and have also been on some amazing holidays to countries such as Italy and Spain. Thanks again for all your help and support.’ IF, Croydon

‘Suspension bridges no longer hold any fear for me. I lost count of the number I crossed, and by the time we got to the highest one I was pretty much in control. On the way down, I was positively enjoying them and even managed to stop midway across on one and take pictures. My visit to you put me in the right frame of mind and all the techniques paid off. Not only did I conquer the bridges, but I also walked on paths that previously I would’ve been terrified on and didn’t bat an eyelid. So I can’t thank you enough.’ BC, London

‘I wanted to drop you a quick line about my continued success following my hypnotherapy sessions with you in January. Aside from my problem with heights/voids/bridges, I have (had) a fear of putting my head in the water and couldn’t even manage a length of front crawl. I recently went for scuba lessons and had one really horrendous day. Trying to take a regulator out underwater and not panic is hard work, so I ended up a nervous wreck. However, I engaged all the skills you gave me and positive thoughts. The next day, I did my scuba diver qualification with my confident head on, and after that I just got better and better. It was all a bit emotional and quite life-changing for me. It has also helped my swimming: front crawl is no problem now and, as for swimming underwater, you’d think I was a natural. I’m sure the hypnotherapy I had for my vertigo helped. Learning to dive was truly an amazing experience – thank you for helping to make it possible and to allow a 47-year-old to keep pushing her boundaries. This year, I’ve realised that so many of my friends are becoming more and more nervous of doing things – and I certainly don’t want that to happen to me. This year diving, perhaps next year paragliding!’ AP, France

‘Having had hypnotherapy for my fear of flying, I was a totally different person at the airport – it’s the first time I noticed the duty free area and I even stopped to buy something! I was calm and even tried to help someone who was nervous as we boarded the plane. I managed to read a book on the way out and busied myself on the way back looking at all the various routes that BA flies to. So all in all, a great success.’ MB, Croydon 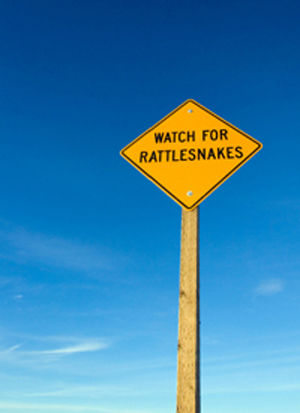