If you’re apprehensive about having hypnotherapy, you’re not alone. When many people think of hypnosis, the first image that springs to mind is stage hypnosis – where members of the audience are generally asked to embarrass themselves in public. Stage hypnotists usually select subjects who are extroverted and enjoy having a laugh. For the participants in a stage show, there is also an element of peer pressure (they may not want to be the only person up on stage failing to amuse the crowd with their antics) and the alcohol factor (participants will probably have had a drink before the show, which will have helped lower their inhibitions). And, of course, if the participants do end up doing embarrassing things, they can always blame the hypnotist and say he or she ‘made’ them do it.

The kind of clinical hypnotherapy you’ll be experiencing in your therapy sessions, and when you practise self-hypnosis, is completely different. When you experience hypnotherapy for yourself, you’ll see that you simply sit in a quiet place, close your eyes and allow yourself to become very relaxed. At no time do you start behaving like a chicken or doing anything that could be considered remotely entertaining. You will also never do anything you don’t want to do (see below).

What does being hypnotised feel like?
We frequently experience hypnotic states in everyday life, but often we don’t label them as such. When you become so deeply engrossed in a book that you don’t notice the phone’s ringing, or when you drive a familiar route, arrive at your destination and can’t remember how you got there, you’ve been in a hypnotic state. Your conscious mind has switched off and you’ve been functioning on autopilot. Daydreaming is another example of being in a hypnotic state.

Everyone experiences hypnosis differently. At times you may think you can remember every word you’ve heard, or you may feel that you’ve drifted away and not heard most of what I’ve said. On other occasions, you may recall some sections of a hypnosis session and not others. Rest assured that whatever you experience is normal and doesn’t mean you haven’t been hypnotised. As long as you’re relaxed and comfortable, your unconscious mind will remember everything that it’s important for you to remember.

If you’re looking for tangible evidence that you have indeed entered a hypnotic state, you could try timing your hypnosis session. Time distortion (along with feeling you’re less aware of your body and your surroundings) is a commonly occurring hypnotic phenomenon and you may be surprised to find that what you thought was a 10-minute session actually lasted 20 minutes, or that 20 minutes feels as if it has passed by in a flash.

Other hypnotic phenomena you may become aware of are feeling you’re drifting or floating, experiencing tingling, heaviness or numbness in your hands and legs or even the feeling that you can’t move your limbs. These sensations are actually very pleasurable (they’re like that wonderful Sunday morning lie-in feeling where you know you can get up, but are so relaxed you can’t be bothered to), and aren’t cause for concern. If you did want to move for any reason, then simply opening your eyes would end the session and enable you to do so.

Will I remain in control?
All hypnosis is self-hypnosis. A hypnotherapist’s voice is just one way to help you reach the state of deep relaxation we call an hypnotic state. It’s easier and quicker if someone else guides you into it, but most people are perfectly capable of hypnotising themselves once they know how. This is why I teach most clients self-hypnosis in their first session.

It’s important to remember that you remain in control throughout every hypnosis session, and if you ever want the session to end, all you need do is open your eyes and you’ll return to waking consciousness. It’s a movie-inspired myth that you can get stuck in a hypnotic state if the hypnotherapist doesn’t formally awaken you. All that would happen is that you would remain relaxed until you either fell asleep or felt ready to wake up (or became hungry).

Can I be forced to do things I don’t want to do?
My voice (or any other hypnotherapist’s voice, for that matter) can’t force you to do anything because hypnosis doesn’t work like that. Before you allow yourself to be hypnotised, you need to have made a conscious decision that you actually want to make the changes I’m going to suggest to you.

Your unconscious mind has an incredibly powerful defence mechanism that prevents negative suggestions, or suggestions that might go against your moral beliefs, being accepted. Were you to hear such a suggestion, you would simply bring yourself out of hypnosis. This is because the heightened state of awareness you’re in during hypnosis enables you to both reject and accept suggestions, as you would when fully awake. However, this state also makes positive suggestions more likely to take hold and influence your actions once you’re awake.

How does hypnosis work?
Hypnosis is a state of deep physical relaxation that allows your conscious mind to ‘get out of the way’, thereby allowing you to communicate directly with your unconscious mind, where all the information that influences your actions is stored. When you’re in this focused mental state, you’re better able to accept beneficial, life-changing suggestions which, if you were in a waking state, you might reject (or talk yourself out of!).

In much the same way that it’s possible to record a new TV programme over one you recorded earlier, so listening to the positive suggestions I will be giving you in your therapy sessions (and you’ll be giving yourself in your self-hypnosis sessions) will help to overwrite the negative attitudes, behaviours and habits you’ve unconsciously acquired. You’ll then be able to substitute them with new, more positive ones.

An example of this is how you react when you watch a scary movie on TV. By focusing your attention on the screen you enter a hypnotic state and become so engrossed in the film that you start to react to what you’re seeing as if you’re a participant. For instance, as you watch someone being pursued by a masked assailant your heart rate goes up, your blood pressure increases and your breathing becomes rapid and shallow – all to prepare your body in case you need to run away or fight. Your unconscious mind is accepting what you’re showing it at face value: that you’re just about to be chased, too. When the fear gets too much, your conscious mind often kicks in, critically evaluates the situation and reassures you that ‘it’s only a movie’ and that if you want to, you can get up and calm your nerves by making a cup of tea.

So how does this relate to hypnotherapy? Well, if, for example, you want to stop smoking and you tell your unconscious mind while you’re hypnotised that you have no desire to smoke (even if you’ve smoked 20 cigarettes a day for 40 years!), you’re more likely to believe this, and then act upon this new belief when you’re no longer hypnotised.

Can anyyone be hypnotised?
The general rule is that if you really want to be hypnotised, you can be. By the same token, you can’t be hypnotised against your will. Hypnosis is not recommended for people suffering from psychotic conditions, such as schizophrenia, as the dissociation you may experience during hypnosis (feelings of being unaware of time, your body or your surroundings) can aggravate your illness. If you’re in any doubt as to whether you’re a suitable candidate for hypnosis, first consult your GP.

It is also important to avoid going into a hypnotic state if you are under the influence of alcohol or recreational drugs. Using these substances creates artificial states of altered awareness that are incompatible with the therapeutic hypnotic state. By combining the two states, you would either fall asleep or find that your mind was unable to respond coherently to the suggestions being given. 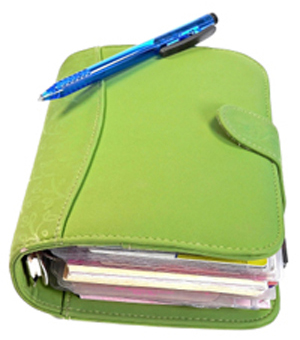